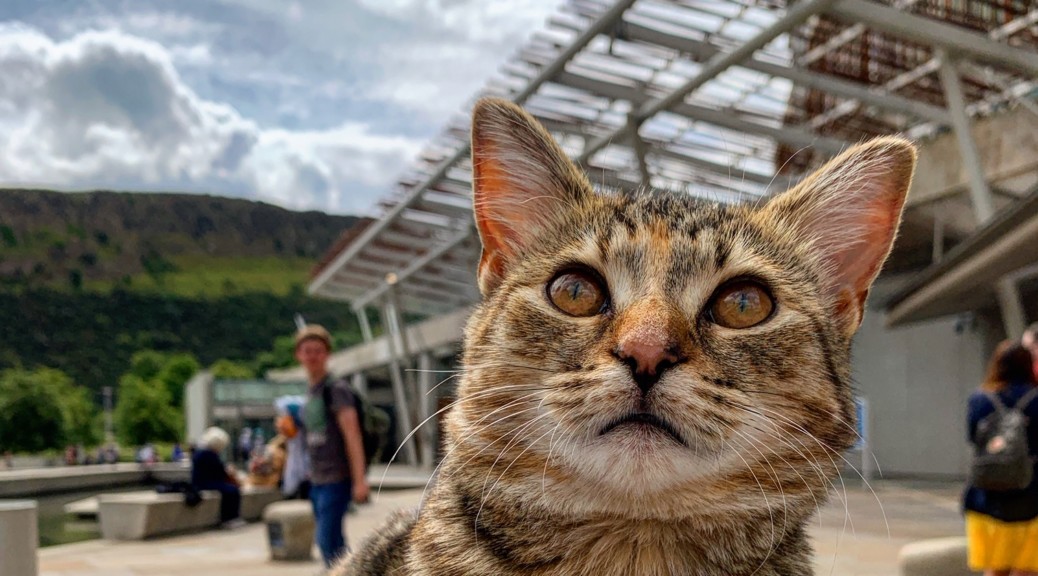 Belsize Village, London, UK: Penrose Care’s therapy cat-in-training Quita the Kitty has captured hearts in Scotland following her visit to Edinburgh June 18-20, 2019 with the Scottish Parliament featuring Quita on their Instagram page on July 30, 2019 and the video of her trip reaching over 200,000 views on TikTok as of August 1, 2019. 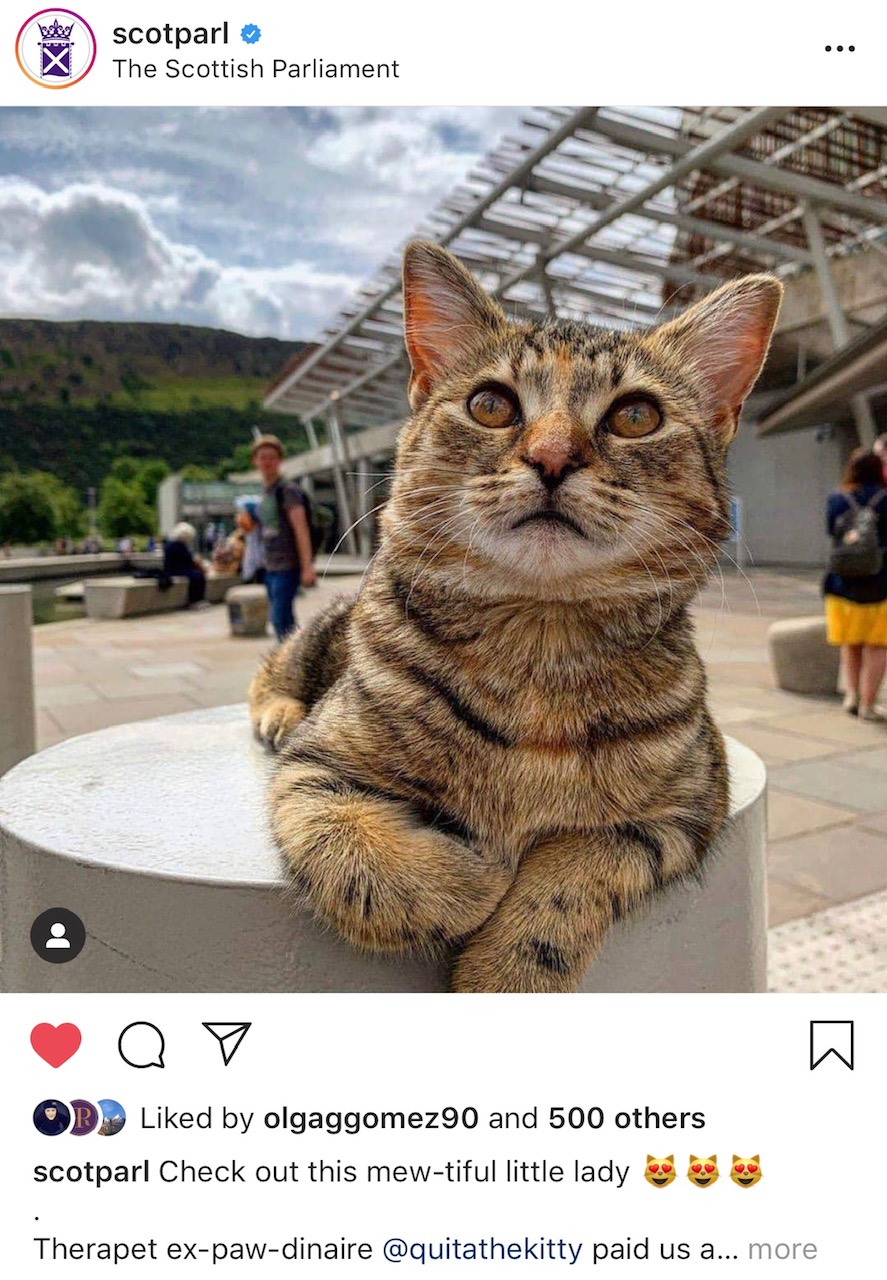 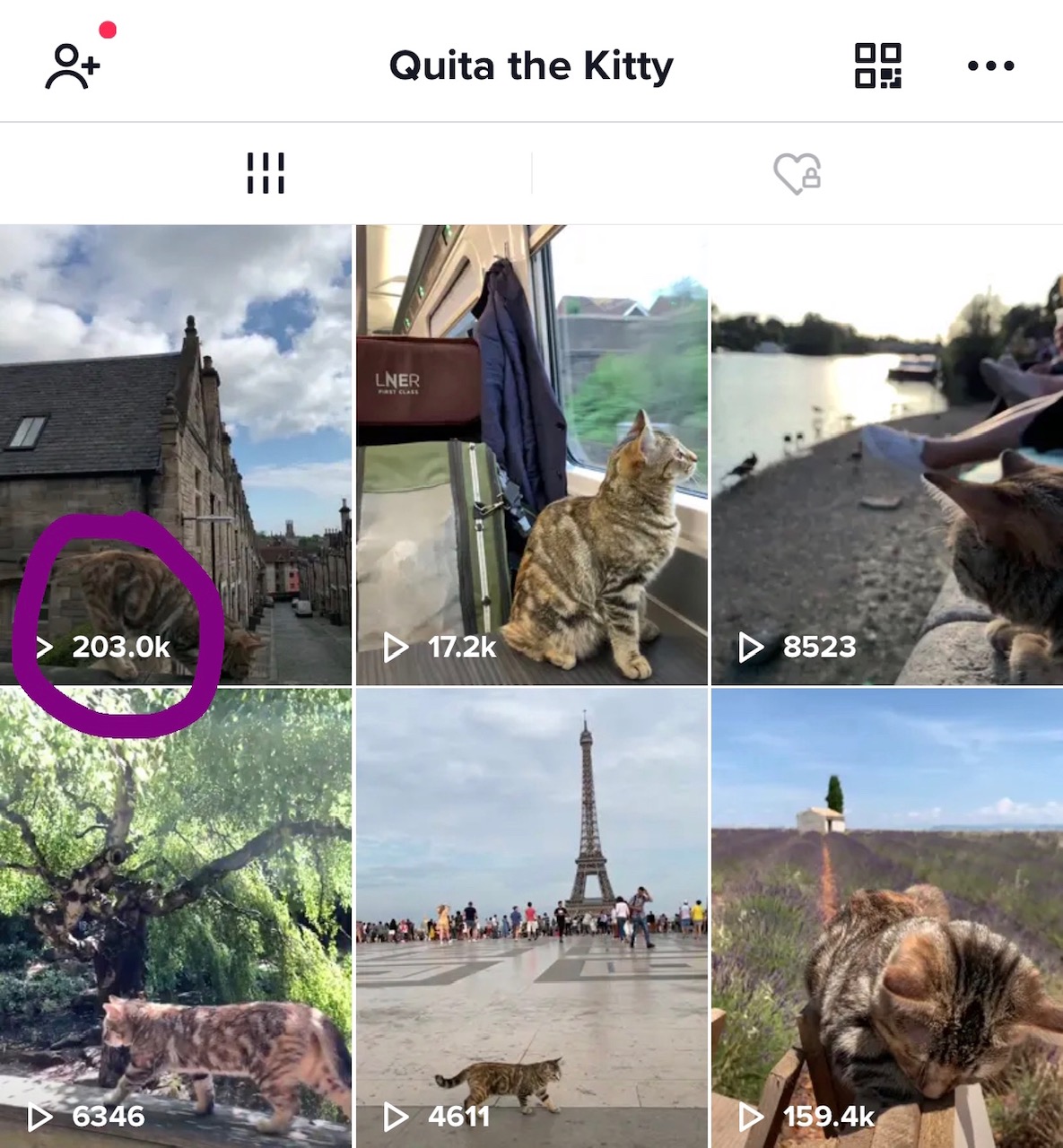 Quita the Kitty’s TikTok account screenshot showing the view count of the video about her visit to Edinburgh, Scotland. Screenshot taken on August 1, 2019.

Quita arrived in Edinburgh the night of June 18th, following a stay in Leeds, England on June 17th and June 18th, and spent the evening in the Waldorf Astoria Edinburgh – The Caledonian. On June 19th, Quita visited the grounds of St Mary’s Cathedral; then hiked up the Carlton Hill to see the Nelson Monument and the National Monument of Scotland. After that, Quita spent a good deal of time sitting outside the Scottish Parliament where many passerby got a therapy pet boost by petting her. She then paid her respects to Edinburgh’s historic dog, Greyfriars Bobby, before spending the early evening back at the Waldorf Astoria Edinburgh – The Caledonian. 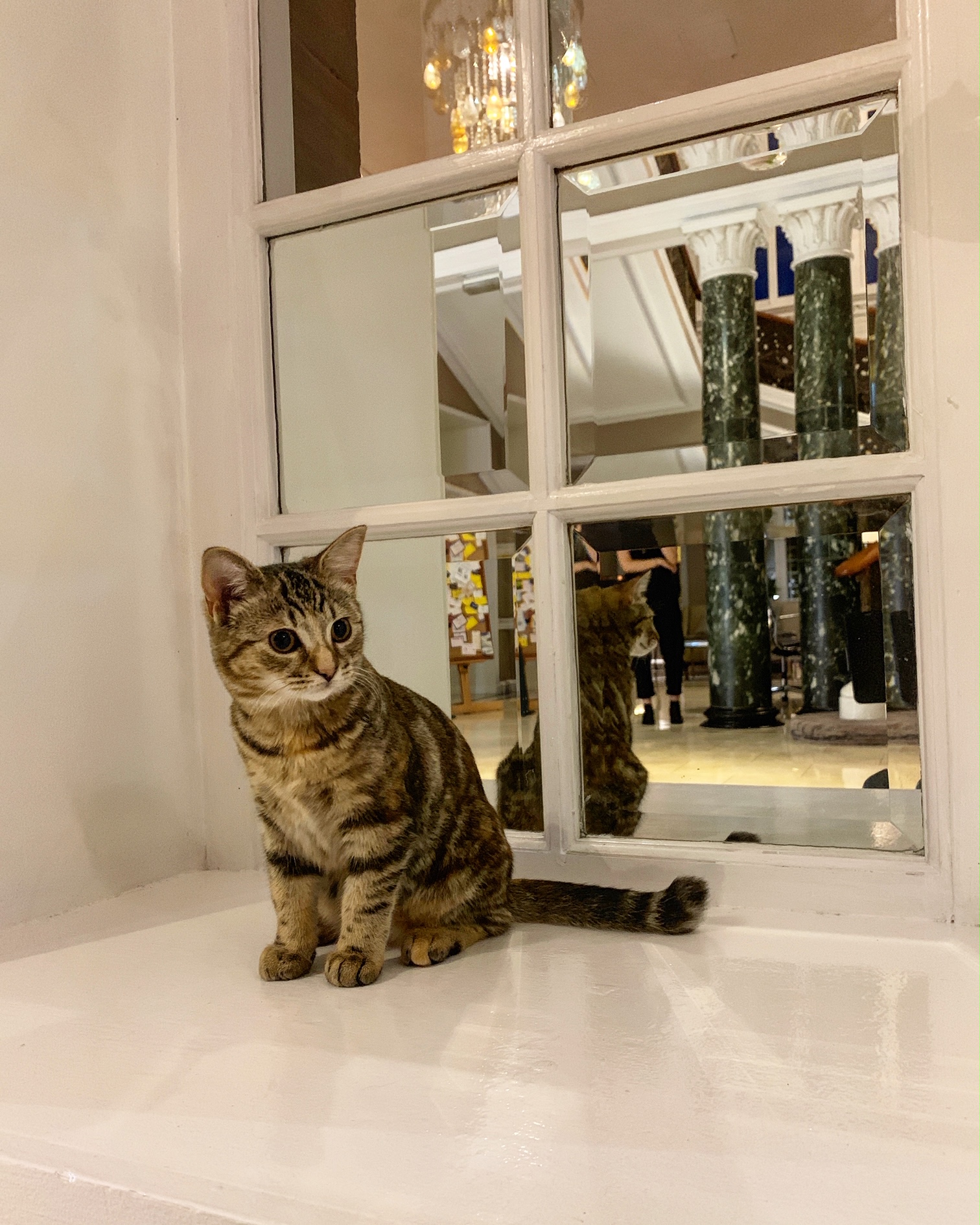 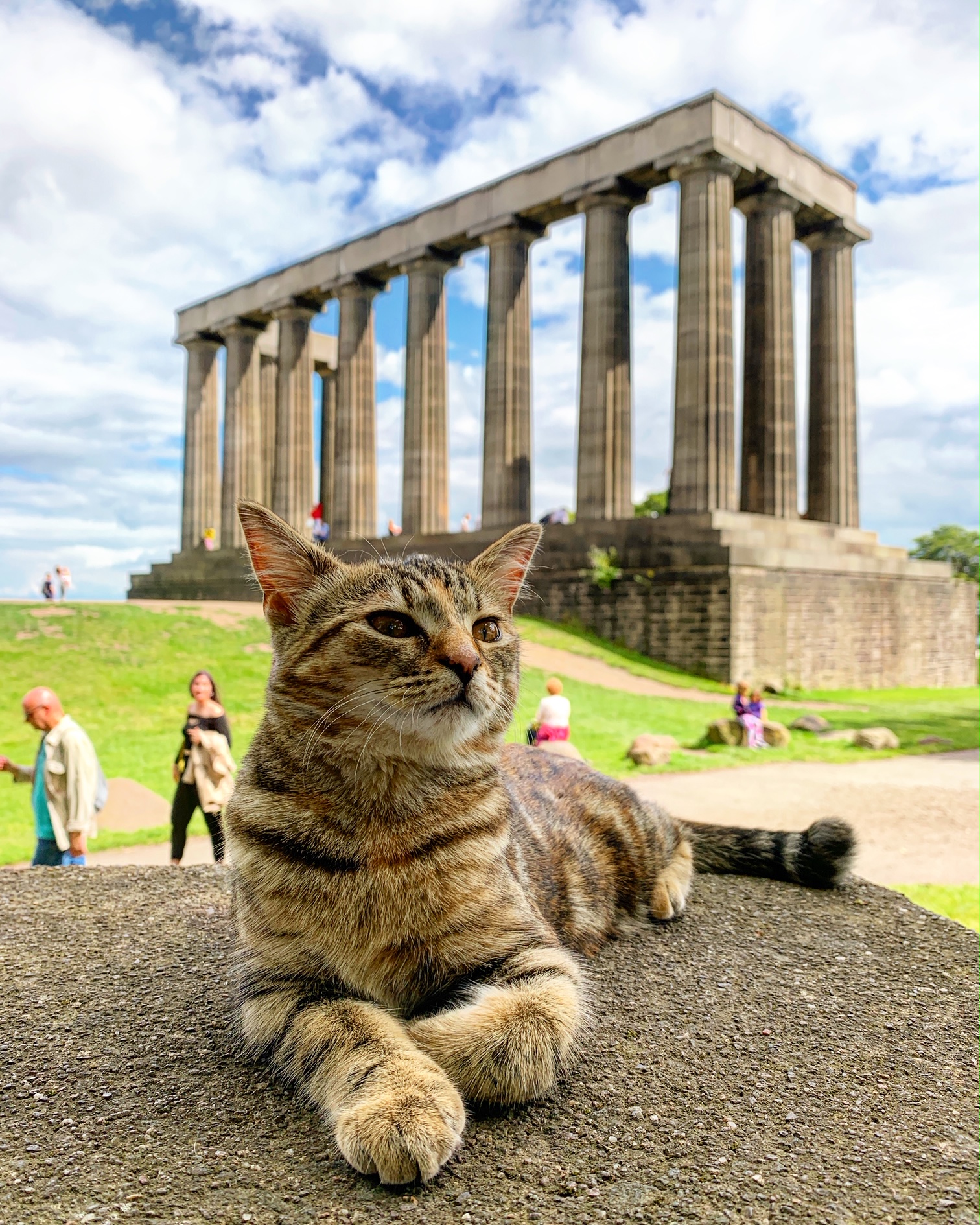 Quita the Kitty at the National Monument of Scotland. July 19, 2019 – Edinburgh, Scotland, UK. 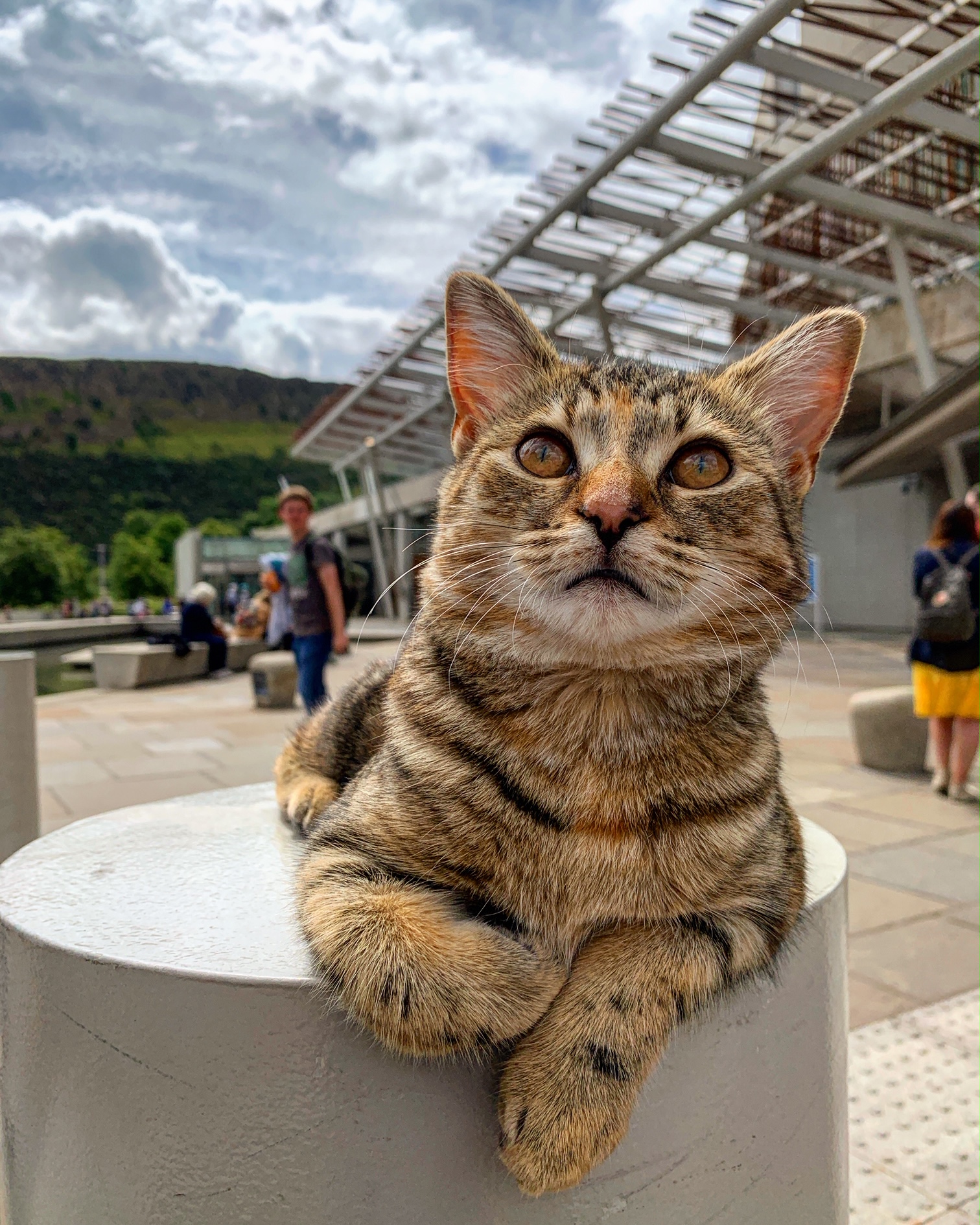 Quita the Kitty in front of the Scottish Parliament. July 19, 2019 – Edinburgh, Scotland, UK. 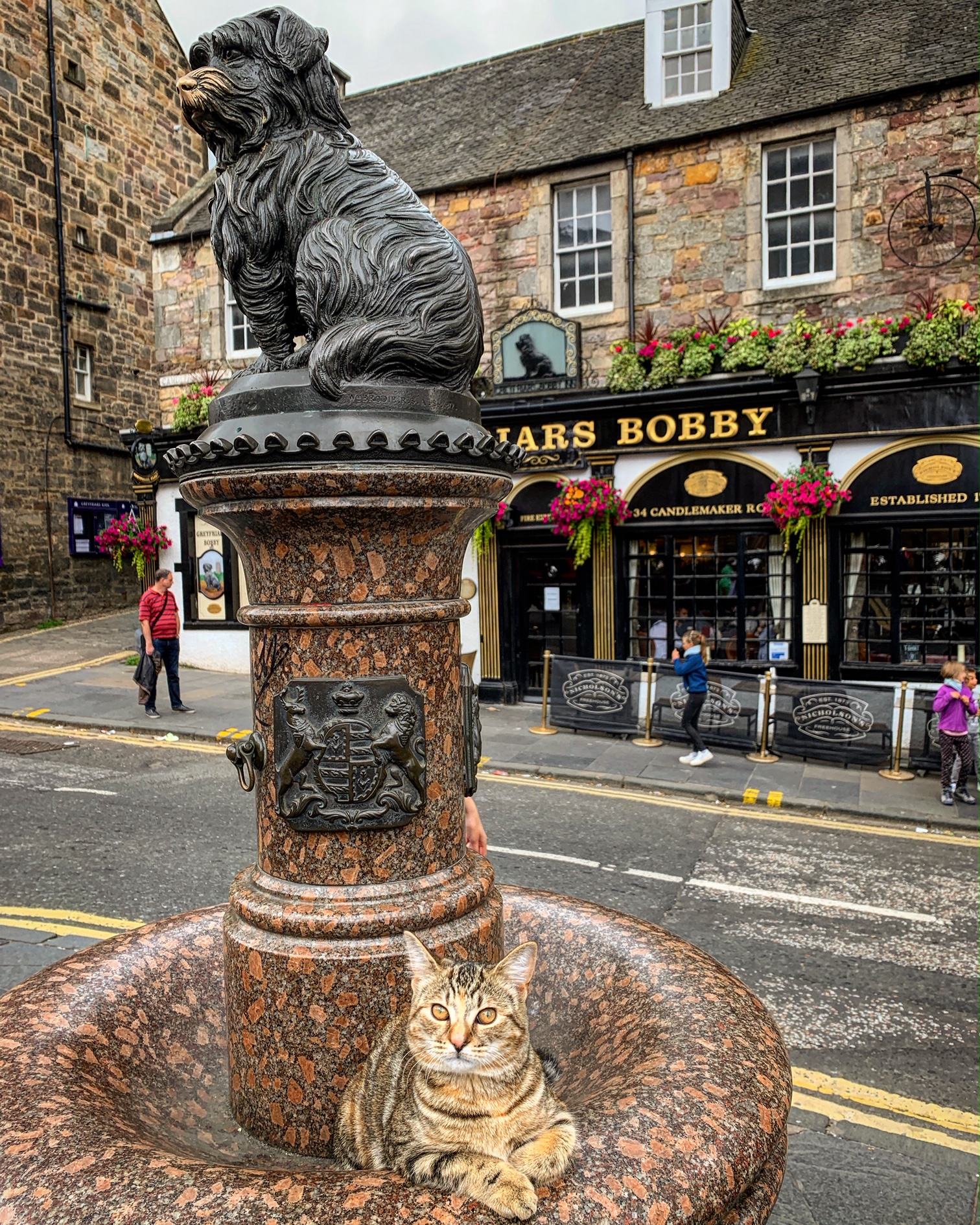 Quita the Kitty in front of the fountain dedicated to Greyfriars Bobby. July 19, 2019 – Edinburgh, Scotland, UK.

Quita spent the later evening in a pub in Williams Street where two members of staff said they were having a terrible day but said after spending time with Quita, their bad day had turned into a good day. Quita returned to London via the LNER rail service the morning of June 20th following a brief visit to the lower grounds where you can see Edinburgh Castle. 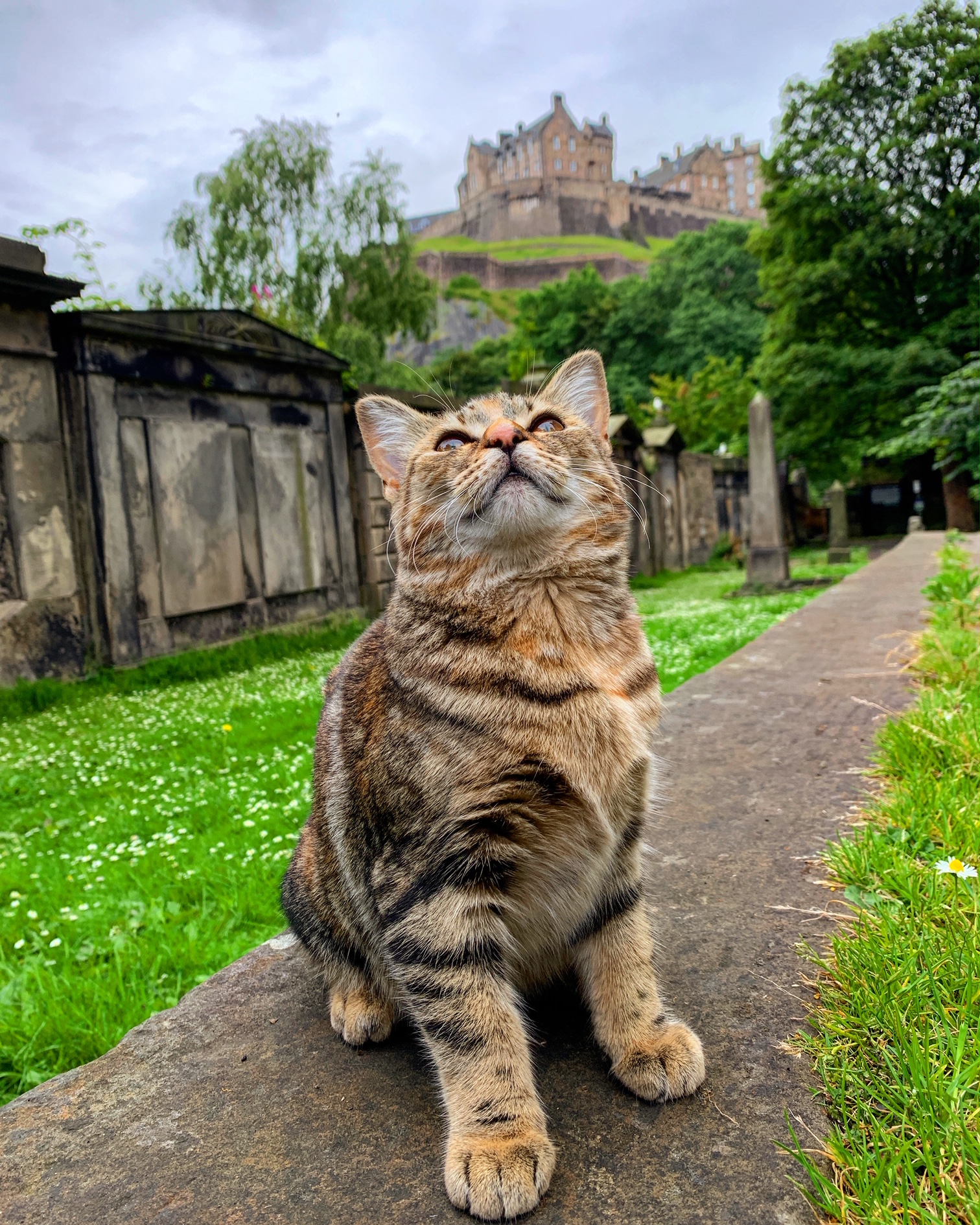 Quita the Kitty with Edinburgh Castle in the background. July 20, 2019 – Edinburgh, Scotland, UK

Following Quita’s visit to Edinburgh, Penrose Care managing director Robert Stephenson-Padron, who accompanied Quita on her trip, made the following statement: “It was very heart-warming to see Quita bring so much joy to so many different people while she was in Edinburgh. At the same time, she visibly had a very enjoyable time – particularly liking travelling on the train to and from Edinburgh. We believe her training is going very well indeed.” 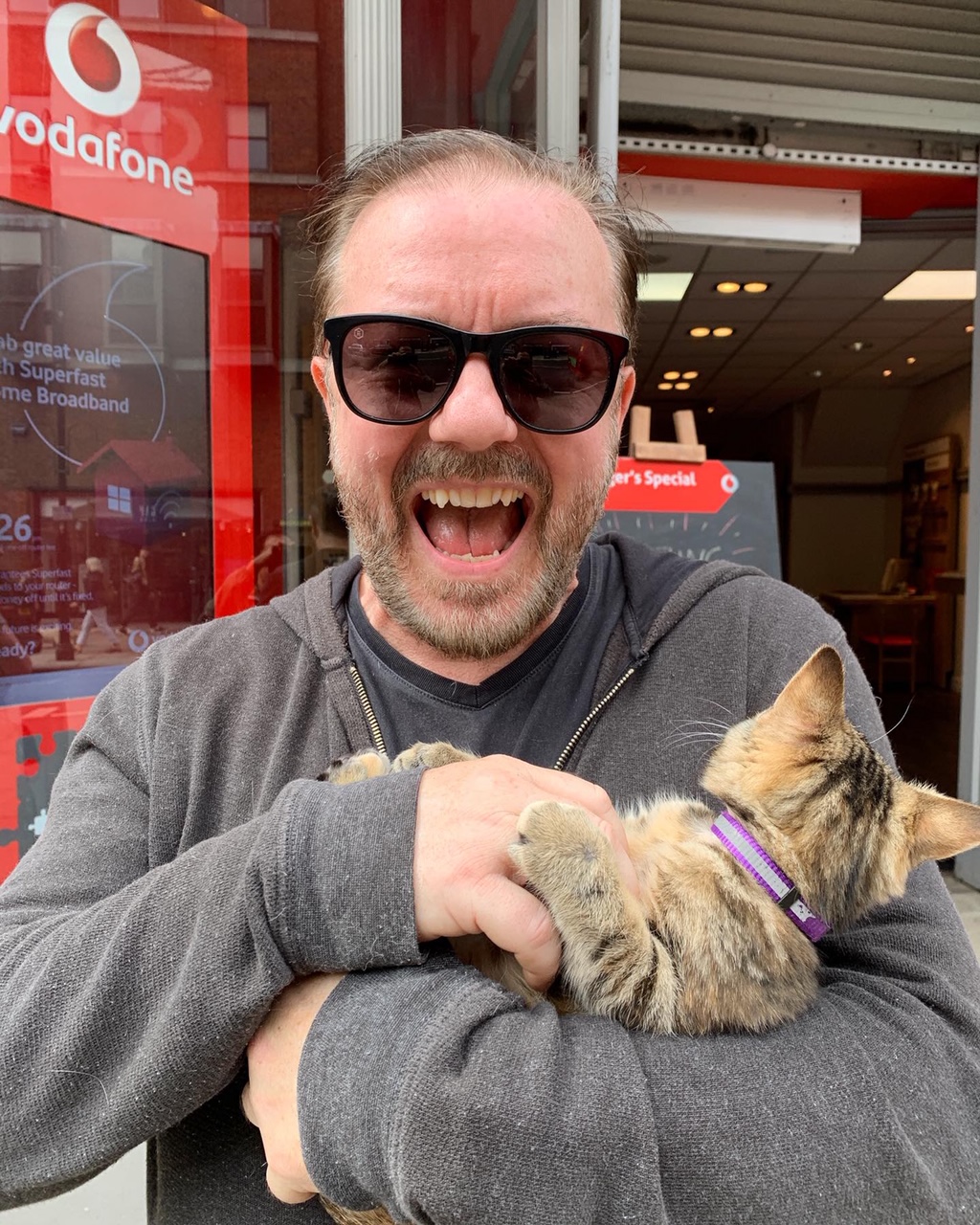 Quita will not be ready for formal pet therapy until she reaches one year of age in January 2020. Until then, Quita will continue to train with her outdoor adventures, morale boosting visits to organisations, and ad hoc invited therapy sessions which are all part of her training. These training exercises help Quita to get used to changing her environments and receiving attention from strangers. 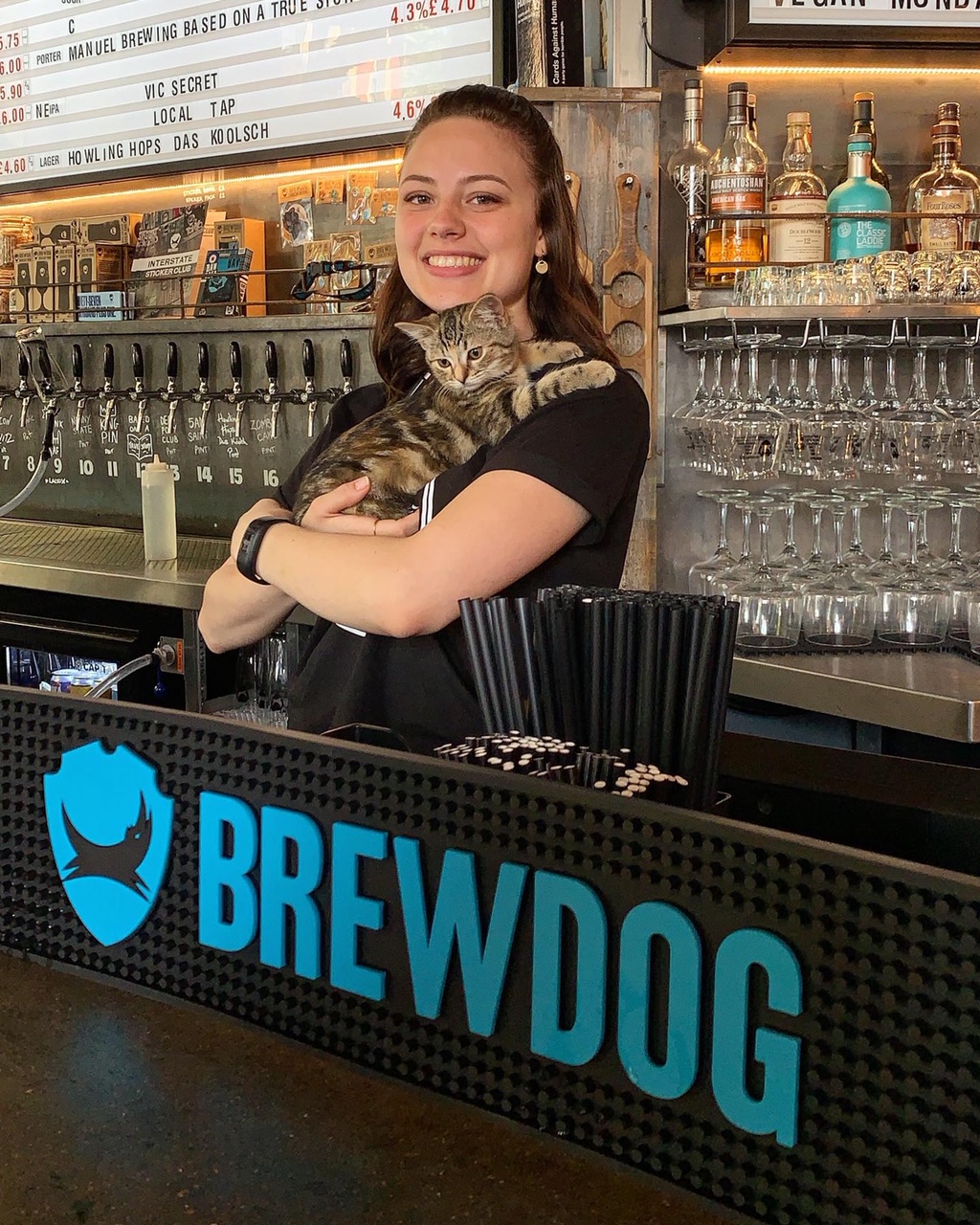 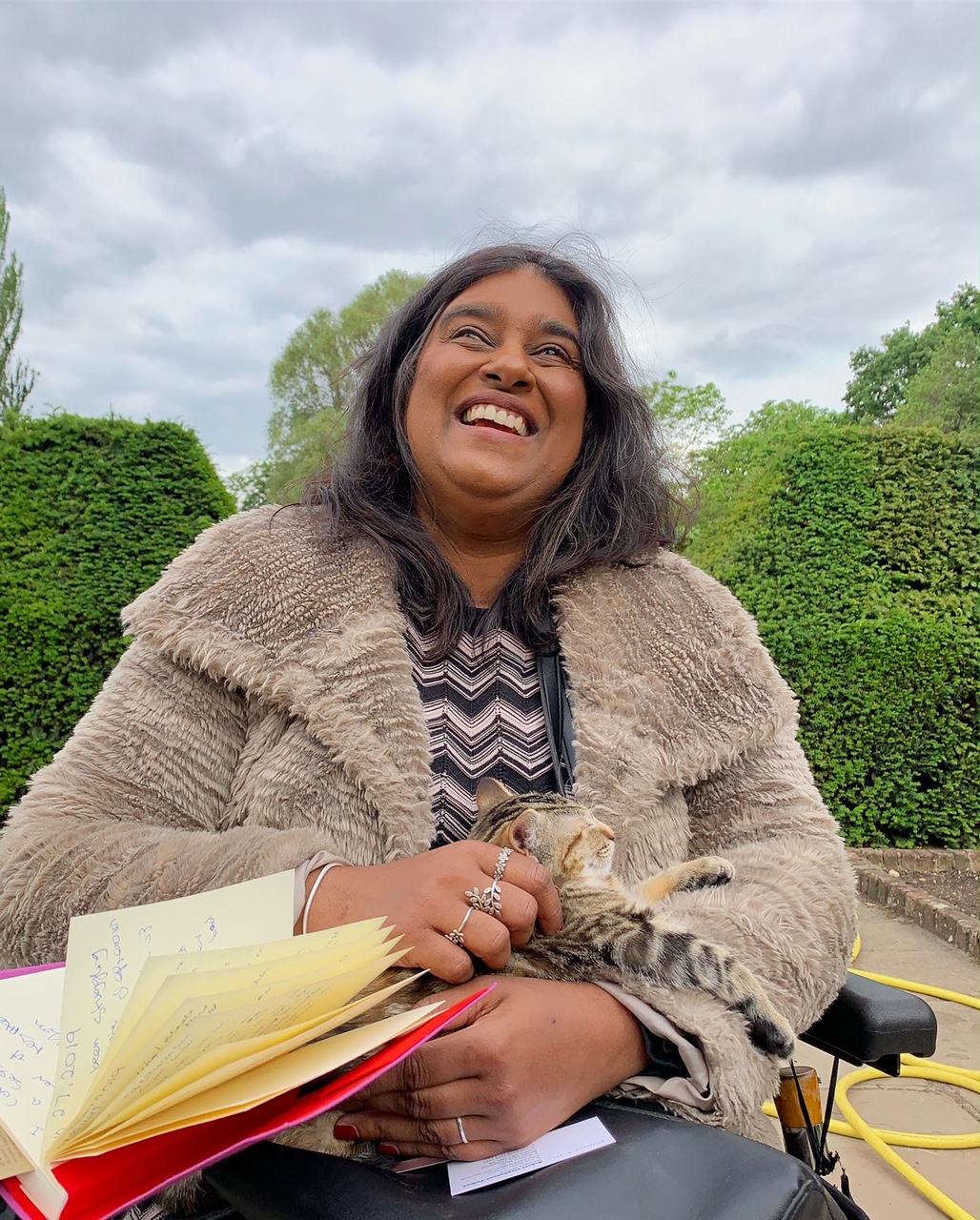 Pets have “tremendous healing power,” says Dr. Edward Creagan of the Mayo Clinic in the United States in a 2010 informational video about the health benefits of pets (a 2016 version is also available). He says talking about pets creates an atmosphere of “healing, peace and serenity.” He further says, “We now know that when you look into the eyes of that cat, when you stroke that dog, when you hold that animal, there is a surge of hormones deep within the center of the brain. And these hormones provoke a tremendous feeling of peace, of serenity, of tranquillity. They decrease our blood pressure, they decrease our pulse, they lessen our depression.” 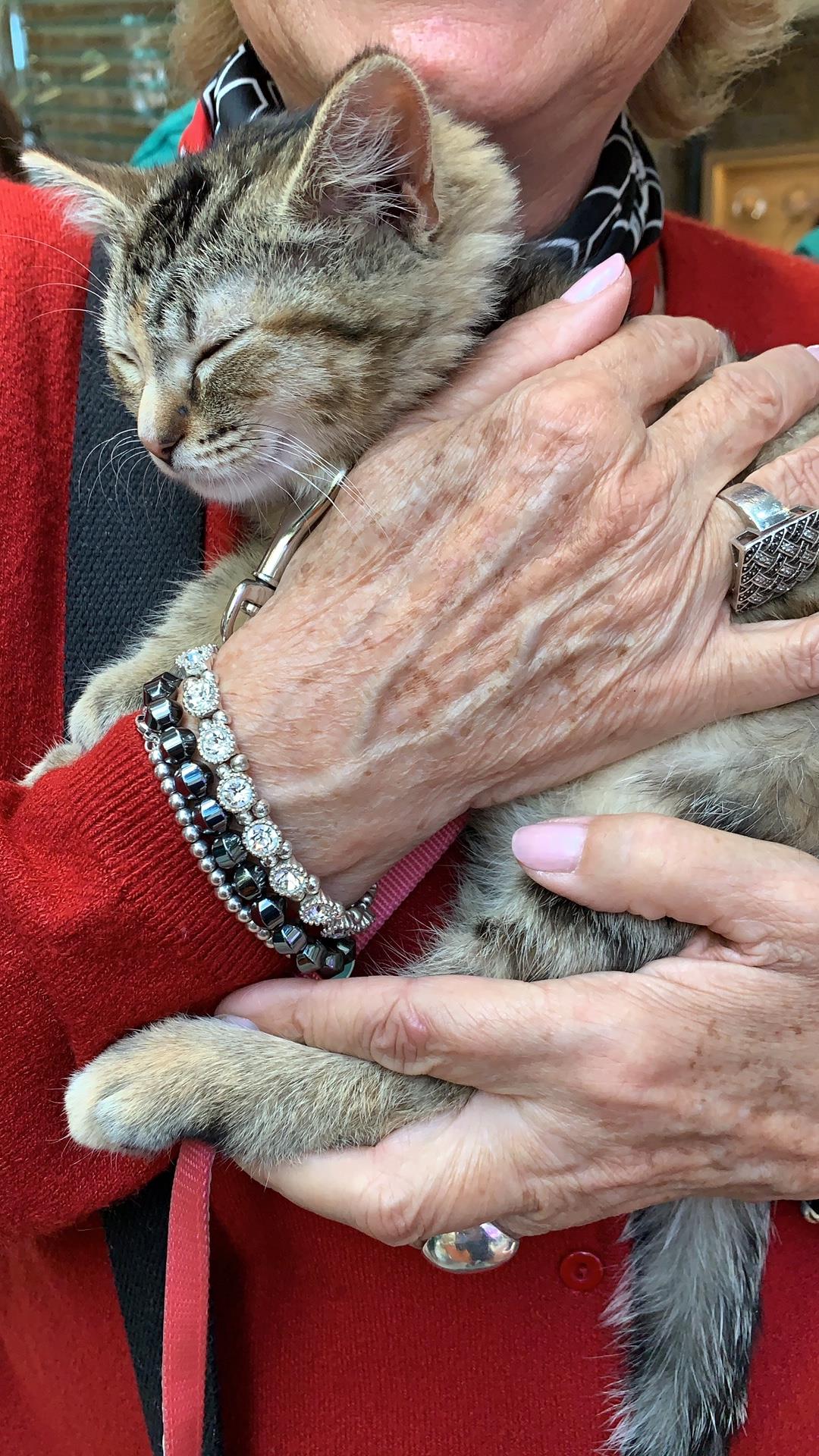 Quita is part of Penrose Care’s long track record of innovations in social care that improve outcomes for the elderly and disabled persons we support. Penrose Care is already widely known as the UK’s pioneer of ethical home care, having become one of the first home care providers in the UK to become an Accredited Living Wage Employer in 2012, successfully campaigning for enforcement of the national minimum wage in home care in 2014, and becoming one of the first 16 private businesses accredited with the Mayor of London’s new Good Work Standard launched this week. As a result of Penrose Care’s innovations in the ethical provision of home care, it has received seven international research visits. Quita was a co-host to the most recent two visits: from the Government of Thailand and one from a municipality in South Korea. 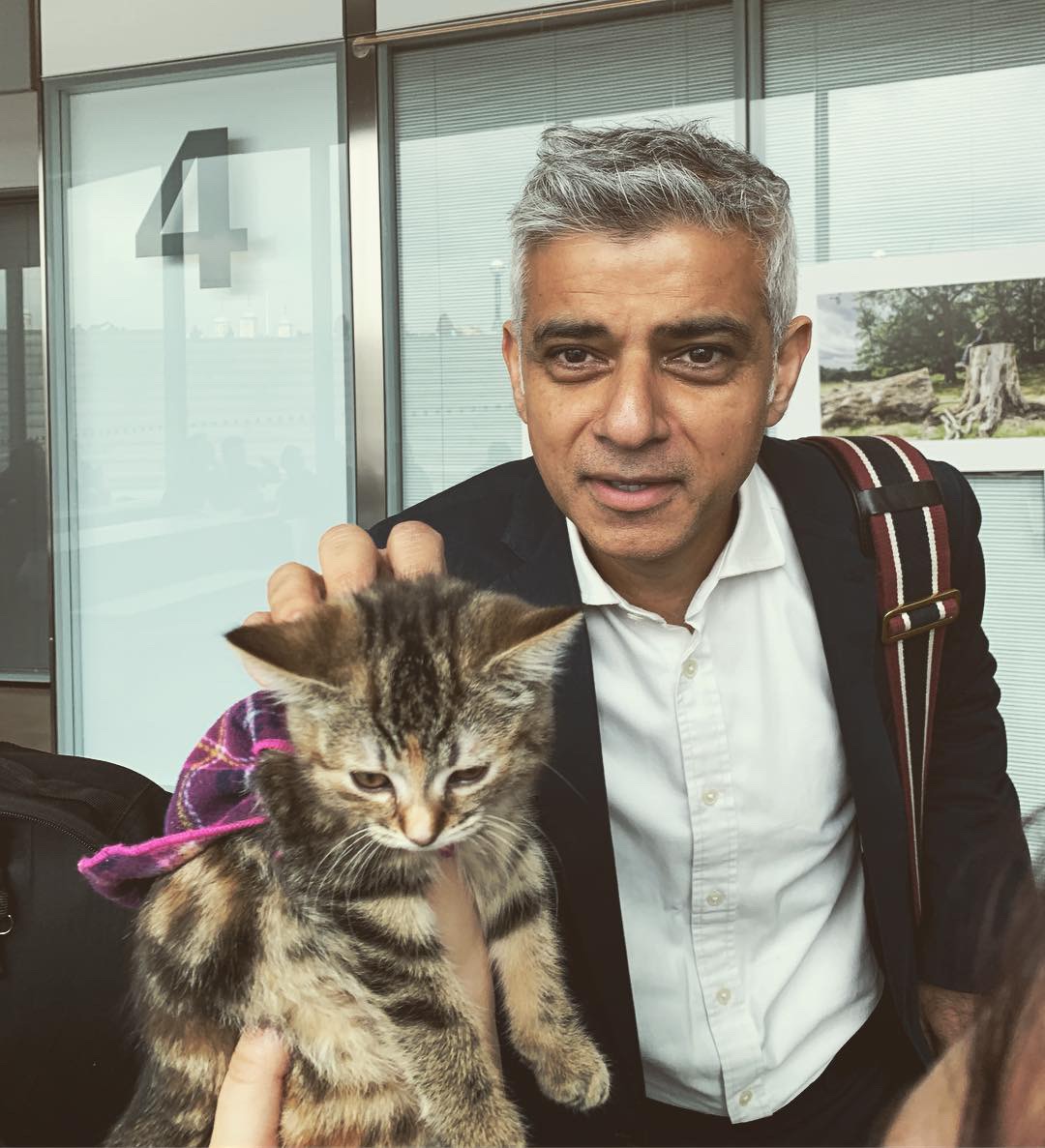 Quita the Kitty with Mayor of London Sadiq Khan while working on the Good Work Standard. May 3, 2019 – London City Hall, London, England, UK. 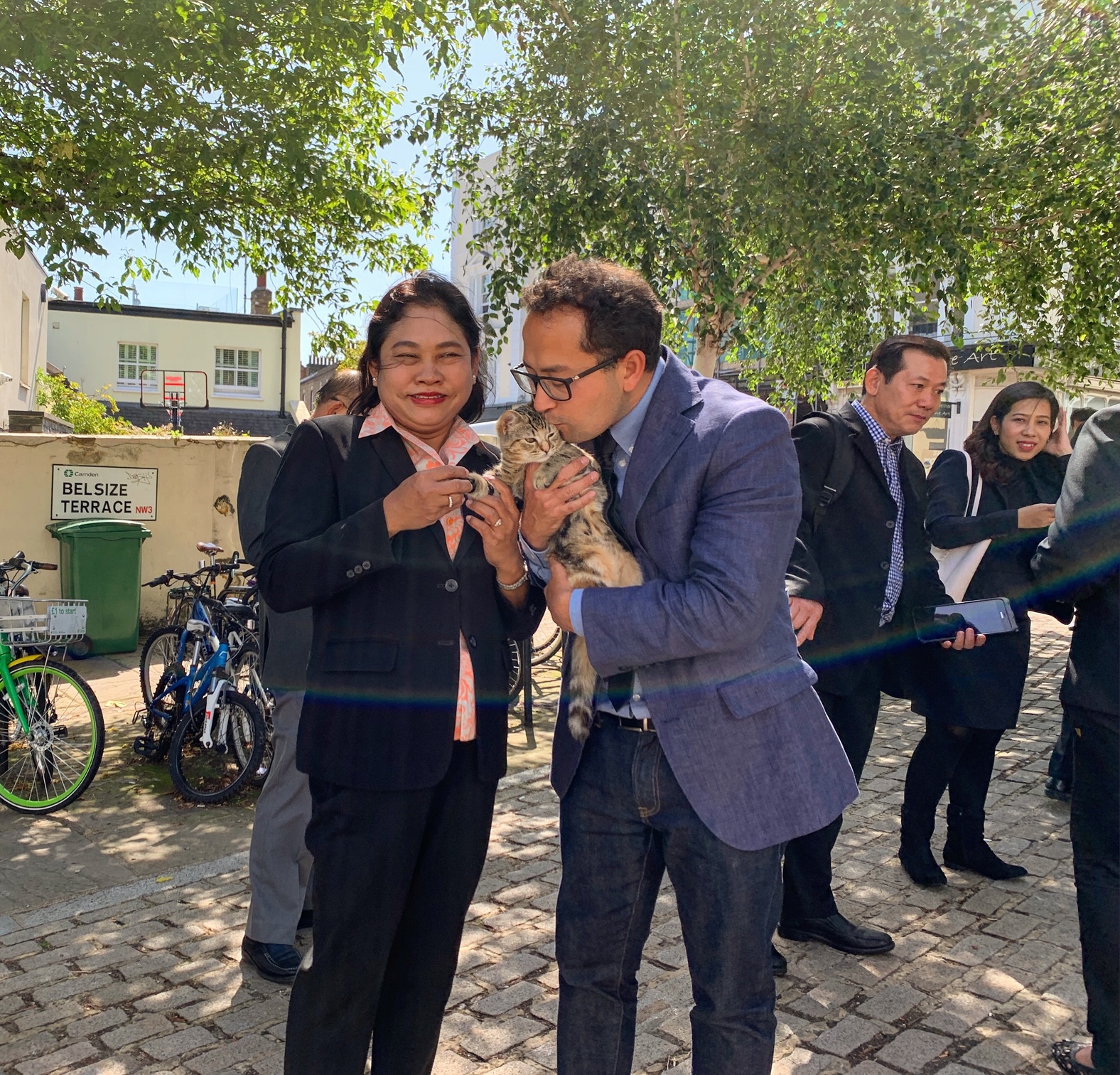 About Quita the Kitty

One of Penrose Care’s colleagues is a kitten, Quita the Kitty, born in January 2019 and acquired by Penrose Care in March 2019. She is an office cat, adventure cat and training to be a therapy cat. Quita the Kitty has already visited all eight of London’s Royal Parks, potentially the first cat or one of the first few to ride on one of the Thames Clipper boats, and has provided therapy services to two persons with cerebral palsy.

Quita has travelled outside of London, having visited Brighton, Dover, Edinburgh, Hitchin, Leeds in the UK; and Calias, Troyes, Gréoux-les-Bains (Provence), Valensole (Provence), Champeaux, Melun, and Paris in France.

Quita the Kitty, at @quitathekitty, is popular on social media having over 250,000 likes on TikTok, over 27,500 karma points on Reddit, holds the status as a Glorious Imgurian on Imgur, and has over 5,500 followers on Instagram.  Quita the Kitty is also on Facebook, Twitter and YouTube.

Quita the Kitty’s first news article was published on June 3, 2019 by Sunny Skyz: “4-Month-Old Therapy Kitten Comforts Woman With Cerebral Palsy”.  She appeared in the Camden New Journal on July 4, 2019: “Feline blue? Kitten goes on city wide adventures for therapy cat training”. Quita the Kitty’s first foray into mainstream media occurred on July 7, 2019 when she appeared in the Evening Standard, “Kitten training to be Camden’s first ‘therapy cat’ captures hearts across London”. Wamiz, a site dedicated to pets, published an article about Quita the Kitty on July 9, 2019, titled “London care-worker training cat to be a therapist”.