Belsize Village, London – A new report reinforcing the business case for employers to adopt the Living Wage was published on Wednesday, 21 January 2015, at a launch event held at KPMG Glasgow. The report includes evidence from six UK business including London-based Penrose Care, which is one of a small number of home care providers in the UK that has demonstrated the courage and leadership to be an Accredited Living Wage Employer.

The knowledge exchange project, carried out by the University of Strathclyde and the Living Wage Foundation – and commissioned by Barclays – uses case studies demonstrating business benefits and examples of how to mitigate associated costs.

“For me, paying the Living Wage is part of a mentality of treating our employees with respect and dignity. When we started Penrose Care we wanted to provide compassionate and human care to our clients- being a Living Wage employer has helped us attract and retain high quality and motivated staff which has been the foundation upon which we have built our service. I’d say to anyone in doubt about whether they should adopt the Living Wage- Go For It!”

Professional services firm and Living Wage employer, KPMG, hosted a breakfast briefing in their Glasgow office to discuss the findings in the report today (Wednesday 21 January).

Mike Kelly, Chairman of the Living Wage Foundation and Director of Living Wage at KPMG, said:

“While the report accepts initial costs of implementing the Living Wage can be an issue for companies, it clearly demonstrates the business benefits of becoming a Living Wage employer and provides working examples of how businesses can mitigate those additional costs.”

“Tackling low pay is a key priority of the Scottish Government and we fully support the living wage campaign. Just this week the First Minister visited Scotland’s 100th Living Wage accredited company which demonstrates we are making real progress on this agenda.”

“We recognise the real difference the Living Wage makes to the people of Scotland which is why we are the first Scottish Government ever to pay the living wage to all employees.”

“The knowledge exchange project, carried out by the University of Strathclyde and the Living Wage Foundation – and commissioned by Barclays –gives evidence of the business benefits of paying the Living Wage. It isn’t simply good for individuals, it is also good for companies. It helps to increase staff retention, reduce absenteeism and enhance businesses reputation.”

Dr Andrea Coulson, Senior Lecturer of Accounting at the University of Strathclyde and primary author of the report, said:

“Reducing in-work poverty is a serious challenge for business and there is no doubt that paying a Living Wage and improving employee working conditions is an important step in the right direction.

“The report highlights detailed case study evidence of how costs of adopting the Living Wage are being mitigated and value created for employers, their employees and on-site contract staff.”

Since rolling out the Living Wage to all full-time staff and suppliers, including on-site contractors, KPMG has seen an increase in employee motivation, higher employee retention, and reduced absenteeism. This in turn has resulted in lower recruitment costs, more opportunities for staff development and the opportunity for KPMG to mitigate costs by broadening responsibilities of current staff. The firm has also seen improvements in bottom line performance in both financial and non-financial indicators such as employee engagement and overall customer satisfaction levels.

Jenny Stewart, Head of Infrastructure and Government at KPMG, said:

“KPMG has been firmly committed to the Living Wage principle for many years. We have been paying the Living Wage to our own staff since 2006 and ensuring it is paid by sub-contractors since 2007. We have seen the benefits”

“Facilities Management staff satisfaction levels are higher than before and as a result the business has become more efficient. During the first year of implementation, turnover in our cleaning staff dropped from 44% to 27%. Absenteeism has also since dropped by 10%. Our suppliers are also benefiting from being associated with Living Wage and are now experiencing greater numbers of applicants to fill vacancies then previously.”

“Not only is paying people who work on our behalf a wage that supports a decent standard of living a responsible thing to do, there are also clear business, societal and economic benefits to doing so.

“We are pleased to support this knowledge exchange project conducted by the University of Strathclyde and the Living Wage Foundation which investigates further the qualitative and quantitative benefits to businesses of paying the Living Wage, and hope that the Living Wage continues to gain increased support from the business community.” 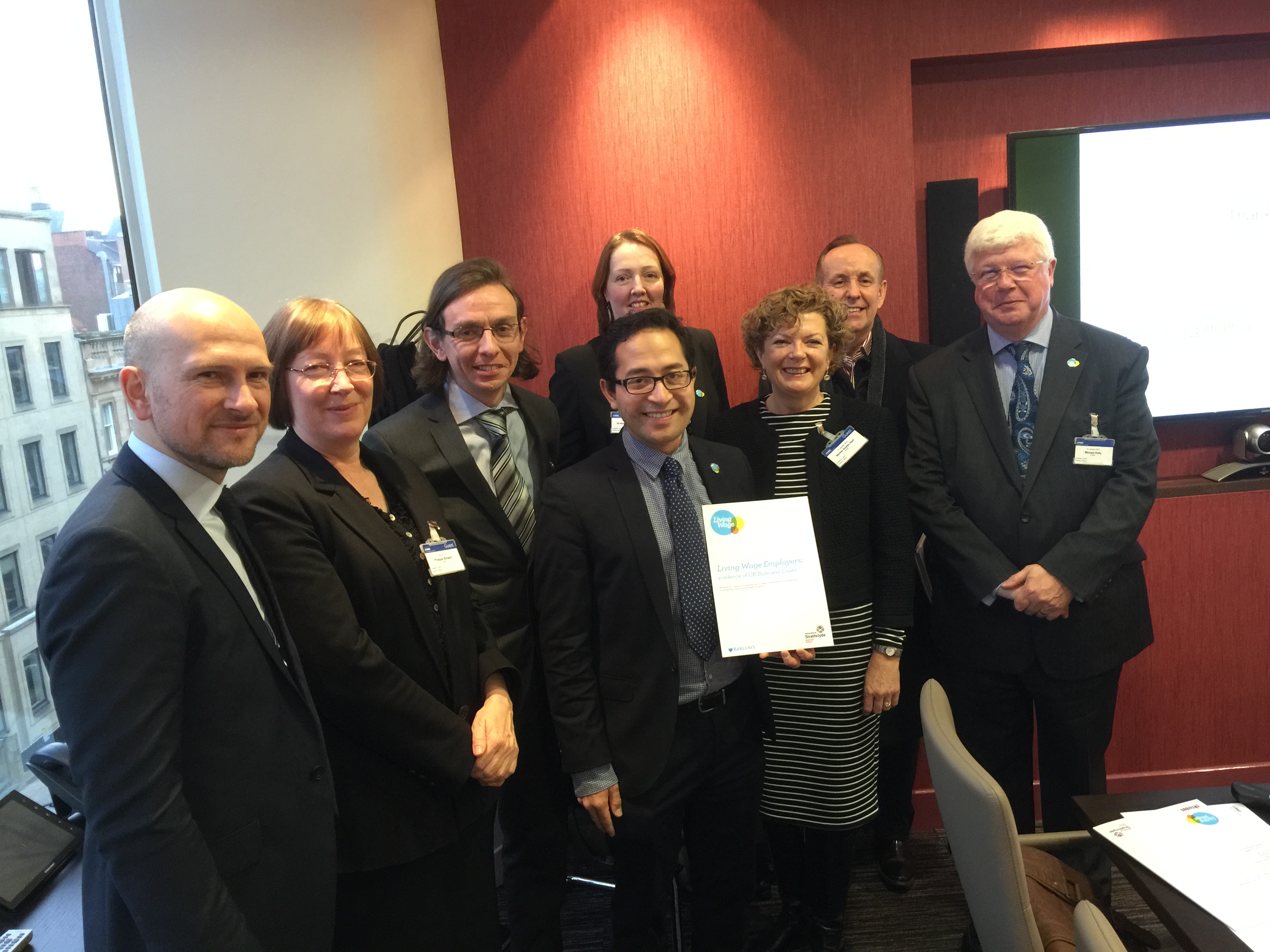 Link to the Living Wage study by the University of Strathclyde: Living wage report